Please continue to follow all CDC guidelines to help slow the spread of the virus. Information pertinent to the Pediatric Gastroenterology popuulation can be found on the GIKids website: https://gikids.org/covid-19/

The APGNN Clinical Handbook of Pediatric Gastroenterology 3rd Edition is now available!  To order your copy, submit an order form which can be found on the Professional Education Resources page.

Members can also purchase the book online through the NASPGHAN/APGNN Member Center under the APGNN tab. The cost is  $45 for non-members and as a member benefit, can be purchased for $30. For new members, there will be an option to purchase for $10 at the time of the initial application.

Is your membership about to lapse? 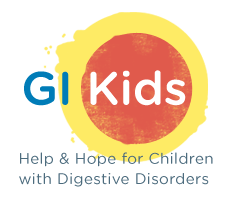 NASPGHAN is pleased to announce that the Essential Pediatric GI ReviewCourse is available for purchase as an on line resource. It provides an excellent review of Pediatric GI topics that is a valuable resource for board review, advanced practice providers and others looking for a thorough review of key Pediatric GI topics from experts in the field.   View Course Outline

1988 - NASPGHAN endorses the idea of a sister organization for pediatric GI and nutrition nurses. Six nurses were invited and attend the NASPGHAN meeting in Chicago, IL. The purpose of a nurse clinician affiliate group was discussed (NC-NASPGN) with the membership open to all nurses involved in pediatric GI/Nutrition and nursing participation in NASPGN meetings would be optimal.

The Organization was named the Association of Pediatric Gastroenterology and Nutrition Nurses (APGNN). The Mission was outlined:

2008 - APGNN Board meets during first NASPGHAN/CDHNF Meeting in San Diego, CA during this World Congress year